MeshCom is a project to exchange text messages via LORA radio modules. The primary goal is to realize networked off-grid messaging with low power and low cost hardware. 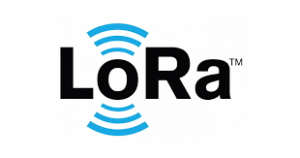 LoRa is a transmission technology which sends small data packets such as text messages, geo positions, measured values, control commands, etc. over long ranges with low power and low energy consumption. Due to the low power consumption and an additional use of a deep sleep mode, a long autonomy can be achieved even with accumulator/battery power supply. In amateur radio, however, this advantage is not at the top of the advantage list since we will mostly feed nodes from an ACCU only in portable mode. On fixed sites (QTH) are mostly mains or solar supply with modern LiFePO4 batteries with large capacity available.

The range of LoRa radio modules can, depending on the frequency and antennas used, bridge distances > 20km in rural areas and >5km in the city. Another advantage is the low cost of the hardware which results from the large number of LoRa modules and the use of standard components.

So why not use these micro-modules for applications in the Citizen Science environment to create applications like:

MeshCom has already been rolled out on amateur radio frequencies for quite some time and has contributed very well to the understanding of this transmission technology. LoRa modules with a 70cm (433 MHz) LoRa chip are used. The key point in a common network is however the use of a common protocol which is to be defined in this project. Today, not only in Austria, an OE-LoRa format is used for the transmission of GPS packets. This independent HAM-IOT project runs on coordinated frequencies of 433.775 MHz for the uplink to the LoRa access point and 433.900 MHz for the downlink.

However, if transmission paths are to be kept robust against interference, development is increasingly moving towards a more broadband modulation. This can be achieved by using several carriers with partly redundant information.

LoRa uses a special frequency spread modulation (English spread spectrum). In principle, this modulation can be used on all frequencies, in the MeshCom project we use the 433 MHz frequency range in Europe.

The spreading factor determines how many symbols are used to encode user data. This is specified for LoRa modulation from SF6 to SF12. For example, 128 symbols are used for SF7, and for SF11 there are even 2048 symbols for encoding the identical user data. SF7 is the standard spreading factor, which has a runtime of about 120 milliseconds for the data transmission of 64 bytes. With SF11, the runtime is even well over one second.

The bandwidth for LoRa modulation can be set; defined bandwidths include 31.25 kHz, 41.7 kHz, 62.5 kHz, 125 kHz, 250 kHz and 500 kHz. A smaller bandwidth requires significantly more time for a message transmission. Bandwidths below 125 kHz only work with special LoRa hardware that uses, among other things, a TCXO (Temperature Compensated Crystal Oscillator) and has special hardware support for it. Stable with all LoRa chipsets it works from 125 kHz. Exclusively the 125 kHz bandwidth is defined for the LoRaWAN protocol. The RadioShuttle protocol supports all bandwidths, but 125 kHz is also recommended.

The bandwidth is also important for channel selection: if, for example, a bandwidth of 125 kHz is used, the next free channel must be further away than the bandwidth. The center frequency for MeshCom 2.0 has been set at 433.175 MHz.

The encoding rate refers to the proportion of the transmitted bits that actually carry information. The encoding rate can be 6/8, 4/8, and so on. So if CR is 4/8, we transmit twice as many bits as those that contain information. If there is too much interference in the channel, it is recommended to increase the CR value. However, the increase of CR value also increases the duration of transmission.

LoRa a chirp spread spectrum modulation. The transmitted data, which is a symbol, is represented by a chirp signal with a frequency range from -to. In LoRa modulation, we can configure the symbol by changing the Spreading Factor and Bandwidth parameters. According to the Semtech AN1200.22 application note, a symbol takes one second to transmit, which is a function of the bandwidth and spreading factor and can be represented by the following equation:

Fig. Overview of relationship between SF, BW and bit rate

We use cookies to ensure that we give you the best experience on our website. If you continue to use this website, we will assume that you are happy with it. OK